The concept of racial segregation is one of the most heated debates in the framework of the 21st century. The book, Reckoning with Race: Americas Failure, by Dattel (2017) belongs to the type of books, which force the reader to rethink the issue of discrimination via understanding the new sides of the phenomenon. Moreover, this work has generated a whole flow of research that examines the competition between groups of people practicing discrimination by national (both racial and ethnic) traits to achieve their own goals. According to the model, represented in the book, the racial discrimination occurs when, given the same labor productivity, representatives of different ethnic groups receive different wages for their work, namely, a representative of the minority receives less than a representative of the majority. This situation arises since the employer is inclined to xenophobia and segregation, it is a reflection of the taste-based. As a result, the discriminated minority, due to circumstances which go not in its favor, is forced to work better for the same money or, even worse, to receive less for an equal level of effort. Therefore, the book mainly explores the economic constituents of the racial discrimination and points to the fact that they are directly connected with the education of the discriminated minority groups.

One of the most important issues of the book, which attracted the greatest attention of economists and generated disputes, is the conclusion that states that under certain (sufficiently strong) initial conditions, employers are guided by xenophobic considerations while hiring employees in an absolutely competitive environment. Herein, the worker of color will be supplanted by non-discriminating competitors. However, the same conclusion can be formulated differently: xenophobia and racial discrimination are beneficial to the workers-representatives of the majority, because they allow them to earn more with less effort, and are disadvantageous for employers since they lead to a decrease in the competitiveness of their business. This interpretation of Dattels (2017) conclusions drives to extremely unpopular and unpleasant considerations regarding the characteristic features of the working class hence, has generated a wave of criticism of this model. In the book, the author argues that if a problem really lied in a competition for jobs between two groups of people that differ only in appearance (skin color, eye section, and so on), then representatives of the discriminated minority would try to get the best possible education (or working skills) in order to fight against representatives of the majority. However, observations conducted in the United States indicate the opposite: African Americans do not seek the best education because they know in advance that they will be discriminated and under no circumstances will be able to get the position that justifies their high investment in this education. Moreover, visiting even the high school is becoming useless since it will not be supported by a corresponding increase in the salary for additional knowledge (Dattel, 2017). Indeed, according to the data that exists now, the higher the level of education of African-Americans, the greater the gap in wages between them and the white population. The unemployment rate among African Americans was twice as high.

The author of the book argues that racism towards a discriminated minority can be beneficial to some workers, but these phenomena actually lead to the atomization of the trade union movement, to a reduction in the negotiating power of the workers, and to a decline in the average wage rate (comprising the salaries of the white workers). In authors opinion, competition between capitalists will not prompt the disappearance of racial discrimination, because it is discrimination that allows them to increase their profits by lowering the cost of wages (Dattel, 2017). Thus, employers will actively use racism as a justification for discrimination and discriminating firms will, on the contrary, win in the competition. 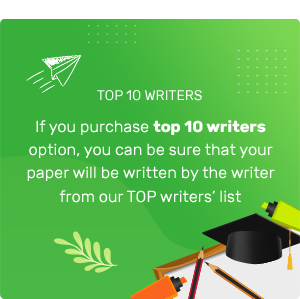 Such an approach to the issue under a study has also shortcomings. Dattel (2017) does not notice that he considers discrimination, taking as a basic premise the fact that employers are exclusive representatives of the majority. In some places of the book, the idea is more general: the conclusions, which the writer makes, do not change, no matter which group of the population the employers belong to. In spite of the rather harsh criticism of the writing, the author admits that a simple theory of the racist economy still does not explain why many workers are such passionate racists; they should not be interested in it. The book, however, offers some intuitive explanation for this phenomenon, arguing that the capitalist system needs the idea of an racial inequality as the simplest explanation of the inequality of the economic and social and the justification of social injustice. The actively propagated racism and xenophobia shift the focus of workersattention, making the other ethnic group declared by their main competitor the object of their discontent.

In spite of the abovementioned problems, generated by the properties of the theory elaborated in the book, the authors observations were found to be interesting. In addition, they subsequently spawned a whole layer of empirical studies devoted to the search for reasons why, for example, African Americans are on average less likely to seek a better education than white residents of the USA. The theory of statistical discrimination, in particular, is perfectly suited to explain such a phenomenon as the very low level of discrimination in ethnically diverse societies and high level in homogeneous societies. It is assumed that the employer does not necessarily have a propensity for discrimination so that his/her actions in hiring the workers could be classified as segregation. For example, in the book, it is shown that an employer that maximizes profits may have very sufficient reasons not to trust an employee from a particular ethnic group. These causes can be based on those statistical data available to him/her, which are easily received from open sources, namely the media, conversations with colleagues, etc. However, the degree of reliability of information obtained from any such source is completely different, thus the discrimination of certain candidates for the post is the result of the employers perception of the workers productivity signal. If such an indication exists, the employers expectations and the terms of payment offered will reflect his/her uncertainty in the choice of the employee.

Having a certain (and often limited) set of observable data, a person is forced to constantly make choices. The problem of options occurs every time for the employer when s/he sees the list of applicants for the position. Moreover, the selection of candidates takes time, which is reduced by using the usual selection schemes that can also include racial discrimination: if the employer learned on the basis of the data available to them that it would be profitable for them. In this case, indeed, discrimination in the labor market can gain a foothold. Therefore, not only the employer should use a cognitive scheme of the type, for example, an African American is a bad worker, but also the representatives of the discriminated minority should use the scheme of unnecessary efforts are not paid.

However, this theory, despite its popularity, also has several drawbacks. First, to assimilate an appropriate cognitive scheme that prescribes discrimination, one must either have his/her own negative experience of hiring bad employees belonging to a particular ethnic group, or broad awareness in the labor market, however it is not always possible. Secondly, the theory again falls into the trap of rationality: at least when hiring highly paid workers, where the losses from adopting an inefficient solution are too great, it would be rational for the employer to carefully review all the summaries without regard for their own cognitive scheme.

Thus, employers often shamelessly use the existing tension in society to reduce the cost of wages (and their tax deductions). In such a situation, one cannot speak of statistical discrimination as of social capital. Rather, according to the book, people are now closer to capitalism, which is artificially created and supported by mutual hatred of workers of different ethnic groups, allowing both employers and corrupt officials to receive their payments. This situation benefits too much, and this is the main obstacle to solving this problem. However, many jobs are devoted to the absence of a much needed constructive discussion on the issue of national construction and politics with regard to ethnic minorities.

To sum up, the first purpose of the book is to describe the main directions of studying ethnic discrimination in economic theory, indicating the significant differences in these directions in terms of understanding the causes and prerequisites for the emergence of this phenomenon. The second goal is to identify the relevance of this topic to the current world and the need to examine what is happening in the labor market. The distortions that people see today will lead to long-term consequences, namely, the described statistical discrimination, from which it will be extremely difficult to discard. In addition, the book arouses much interest as it depicts the manifestation of racism through a new lens economy, job choice, and education. Moreover, it may be particularly attractive to different kinds of readers, not only to those who are interested in historic prerequisites of the discrimination phenomenon, but also to those who are fond of the new concepts in sociology.