Apple Company has been in existence since the mid-1970s, and the firm has lived the times of success and failure. The company’s growth is accredited to the fast technology advancement in the enterprise leading to commendable innovation. Since Steve Jobs took the management under control, the company’s creativeness intensified, as the journey of launching superior products started then. Even after his death, the still use his ideas in the firm, which leads to creation of better products and, hence, high revenues. Apple’s mission is to “design Macs, the best personal computers in the world, along with OS X, iLife, iWork, and professional software. Apple leads the digital music revolution with its iPods and iTunes online store. Apple has reinvented the mobile phone with its revolutionary iPhone and App store, and is defining the future of mobile media and computing devices with iPod” (L?sted, 2012). The company’s main market is in the US, although it has heavily ventured in the European countries and other developed countries. Its products are Mac PCs, IPhones, iPods, and iTunes music services. Despite being one of the most successful companies in the technology industry, Apple strategies contribute to its success.

The firm’s success is credited to Steve’s effort to revolutionize innovation; he was the man who brought Mac computers to the market and thought of how the company could generate music through his idea of iTunes. To him, nothing was impossible; he mentored his workers and molded the company to the current position. Apple is likely to be the only firm to reach an asset base of a trillion dollars. However, such success could not be achieved without Steve’s predecessor Amelio, who strategically helped the management of the company. He divided the company into divisions that were supposed to be managed separately, and they were to generate their own profits and losses. The division allowed more specialization and innovation in the company. It is those two strategies that the current firm’s success is based on.

Apple is bound to grow; its products’ sales reached $182,975 billion. However, the company is the number two, since Samsung has the largest market share. As much as Apple is recognized in the US, they have not ventured into the developing markets. Besides, in the PC sales, Apple is the in position three having HP and Dell ahead. As much as the company’s production remains a guarded secret, its products are overpriced, and therefore, not many people can afford the devices.

The firm’s management is divided into seven divisions that are run separately and independently (Johnson, Li, Phan, Singer & Trinh, 2012). Their production is handled differently and, as a result, there is improved innovation. However, because of the competition from companies producing similar products to those that Apple is producing, some products, such as the iPod and iPad, are recording a decline in sales. Samsung and other companies have mass produced tablets whose performance is the same as that in iPad, but they are sold cheaper. Therefore, clients prefer to buy the more affordable products to the overpriced Apple products.

On the other hand, iPhones are selling very well – the sale of iPhones contributes to 63% of the company’s profits. Through the intensified innovation, within a very short time, the company has produced iPhone 4 to iPhone 8. However, it is rather risky because, since all people want to own an iPhone, what will happen when almost everyone in the developed countries owns an iPhone? Just like in the growth cycle, there is birth, growth, and decline. An iPhone was born in the mid-1970s, it has continued to grow, and it will come to a point when it will decline after all people have had a taste of an iPhone. Being the main source of revenue, iPhone producers have to think about the future.

Apple operates in a very competitive market, and each player in the market responds to the move of a competitor. The company’s main competitor is Samsung: they have been launching handsets one after another, when iPhone produced iPhone five, Samsung did a move, and they have done the same till iPhone 8 and Samsung Galaxy eight. An external environment is essential to a company’s growth; it helps to make the and also apply pressure for innovation. In the external analysis, the focus will be on the porters five, Apple’s success factors, and the industry profile and attractiveness.

Apple Inc. has a huge rivalry from competing sellers: mainly Samsung in the mobile phone sector and HP and Lenovo in the PC. As a result, Apple has to be innovative to make sure that the firm is ahead of its competitors. Besides, its products are highly differentiated to ensure that the company remains relevant on the market.

The threat to the entry of competitors is low; the mobile company has captured the high-end market by producing devices to people with high income. No other company has been able to do that completely. Samsung has been trying, but it is yet to hit Apple’s threshold as it has the best-preferred devices for the high-earning individuals.

The company has distinct and unique products. The components used to manufacture the devices can only be outsourced from the specific suppliers. For instance, Apple produced the very first Mac with IBM, since only IBM had the necessary production capability suiting Apple’s standards (L?sted, 2012). Therefore, Apple has a low supplier bargaining power.

As a result of the company producing a unique product that the Apple’s competitors do not have the capability to create, the buyers have a low bargaining power. They have no option but to buy at a price put by Apple.

The pressure from substitutes is relatively high; Samsung and other mobile companies have their own devices that resemble the ones that Apple has. For example, Apple has an iPad while Samsung has its tab. 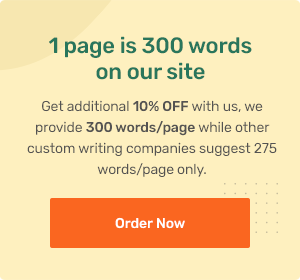 The main key success factor for the company is uniqueness; it is only Apple that has its devices running on its operating system. While other companies are using Android versions in their phones, iPhone has iOS. According to Johnson, Li, Phan, Singer & Trinh, (2012) the same thing is in PCs; Apple used Mac OS while other companies, such as HP and Lenovo, use Windows OS.

Apple is very innovative; ever since Steve Jobs became the manager, the company has been thoughtful in its innovation. As a result, they produce very high-quality products and are at a liberty of selling at high prices.

The Industry Profile and Attractiveness

The industry is very attractive due to the advancement in technology and the willingness of people to adopt new technology. Besides, the incomes are also rising, thus enabling people to buy as much as they want. However, it is a threat to Apple, as many companies have expanded their operations and thus increased competition and reduced the market share. The future of the industry is dependent on the extent of innovation. The more innovative one is, the longer one will be in the market, which makes the market moderately attractive.

Apple is a successful company and it is shown through the financial analysis. Its sales have tremendously grown. The sales increased by 6.95% from 2013 to 2014, which serves as an indication that the company’s sales are in the growth cycle and it is attributed to the increase in demand for the new iPhone five in the market.

The enterprise net profit margin is 21.61%, return on assets is 17.04%, and return on capital employed is 47.07%, while return on equity is 35.42%. The company’s debt ratio is 20.64% and debt to the equity ratio is 22.26%. Apple is performing relatively well despite the competition, since the net profit margin is high. It is also utilizing the capital and equity well as the company is in a position to generate profits from the capital employed. Besides, the debt in the company is controlled as indicated by the best ratio and debt to equity ratio.

The company’s sales in iPhone Mac has increased since 2010, and they are still rising. Moreover, the company has penetrated to other markets thus increasing the market share. Apple has a strong supply chain management that can support the customers’ demand.

Samsung is posing as a threat to the company’s growth as it controls 24.5%, while Apple has 14.8%. The production of iPads has been challenged by the cheap tablets that Samsung is producing leading to a decline in their sales. In addition, iTunes music is declining as a result of the emergence of some other music streaming sites.

The expansion to the new markets, such as China which has a large population, is a boost to the company’s sales (Chan, Pun, & Selden, 2013). Increased innovation is of great help to the company as it is in a position where revolution is crucial for its products.

Due to the company shifting some of its production to China, it is a threat to the protection of the company’s brand, design, and originality. There is an increase in the production of cloned Apple products in the market. Samsung, Huawei, Techno, and other mobile phone companies are threatening the iPhone’s market domination. 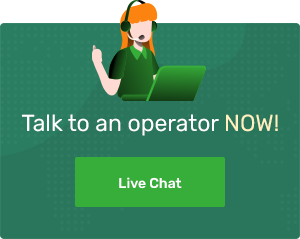 What will happen when almost everyone in the developed countries owns an iPhone?

To reduce the domination of other mobile companies, iPhone should consider penetrating into the new markets. It is only possible if the firm reduces the prices to slightly similar to those of the competitors.

The firm should create a device that is different from the iPad and iPod in order to reduce competition from Samsung. Besides, China has a vast population together with India. Therefore, the company should intensively penetrate the market as the two countries have over 2.7 billion people and it is a good market. Apple should also take advantage of the cheap production in China.

Since Apple is in China, the company should use that opportunity to produce phones that are meant for the new market, while the American iPhone is kept original. The company should use its well-known name and develop another brand of product, and it would hit the market very fast. Since Apple would be the first company to launch such a product, it would be a win as by the time the competitors come with their substitute, Apple would have dominated in the market. Therefore, Apple should consider intensifying its research and development after doing adequate market research on the market needs. The performance indicators to show the company’s progress are the rate at which the company has penetrated to the new markets and the rate at which it can compete with Samsung and other companies.