The best way to spend time with your friends is perhaps to watch a good movie. Students are fond of the films like “American Pie.” However, there are a lot of other interesting and funny pictures similar to the immortal movie. Here is a list of the best comedies that you will definitely enjoy watching. 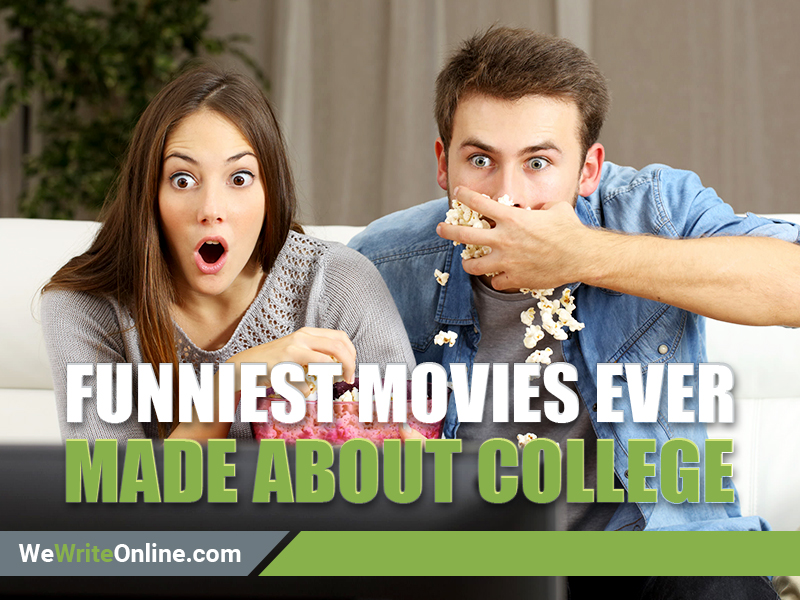 Funny Movies to Watch with Friends

This is a movie about carelessness, but it is definitely not naive. According to the story, four classmates, tired of the monotonous city life, break out on the beach vacation – the only problem is that they had to rob a store for this. At first, the girls get away with everything, but soon they will realize that any carelessness ends at some point. "Spring Breakers," among other things, are notable for the brilliant game of James Franco, who performed the role of a comedic gangster with gold teeth, weapons storage in the apartment, and a white grand piano by the pool.

Bianca Piper is an ordinary high school student; she is fond of exact sciences. Since childhood, Bianca lives next door to Wesley, the guy who studies with her in the same class. They were very friendly, but after many years, Wesley turned into a handsome boy and the school star, and Bianca became a local plain-looking girl. However, one day, Bianca decides that it is time to change her image and show everyone that she is the best

This is the prequel to the first movie about Mike and Sally. The University of Monsters works according to the human rules: Mike is a simple creature who is following his dream and Sally is the ideal muscular novice of the prestigious brotherhood. They do not know that children's laughter is more powerful than any scream and go to college to learn how to frighten the kids. The story does not have a happy end though; instead, the creators chose a much more modern idea: you can become really successful even without graduating from the elite university.

Do not think this is another sweet comedy that you can watch with your family. The main character is Shaun Bateman. Falling in love with the virgin Lauren, he unwittingly becomes a member of the love triangle, catching sight of her ex-bisexual guy Paul (the chance to see a young Ian Somerhalder). This is a comedy and a cynical drama about the life of the privileged students of the fictional Camden College, who do not know what "no" is, and are accustomed to getting everything they want.

The soul-saving drama of Denzel Washington staged in the scenery of the American depression and lynching. Washington played the main role of a brave instructor in the traditionally African-American college “Wylie” in Texas, recruiting participants in the debate club. “The Great Debaters” are based on the life of Professor Melvin Tolson, who taught oratory and skill in conducting discussions in the 1930s. His team, consisting exclusively of African-American students, won at national competitions for the first time, surpassing the permanent leader, Harvard University in the film adaptation and the University of South Carolina in real life. “The Great Debaters " remind of the strength of the spoken word.

Violet Whistler sees the problems of her fellow students and cannot leave them with their troubles. Representations of help from her, however, are specific, on the other hand – if they were ordinary, people would not see Greta Gerwig in the main role. In his free time, Violet directs the center of the fight against depression, where she is teaching tapping and maintaining personal hygiene; takes care of a brand new and strongly advises to meet with less successful men – to maintain their self-esteem. All people try to love each other very much and to conflict solely on ideological issues, intermingling romantic hobbies with the fulfillment of the mission to turn the masculine campus into a civilized place of study.

The film "Dear white people" starts a conversation about racial discrimination and stereotypes. Sam White represents the "white" part of the college that struggle to avoid the African-American students. With his help, the director answers questions that intrigue the modern pop culture. At the same time, he tries to find out where, in the final analysis, political correctness ends and counter-racism begins – as both sides of the conflict in the traditional University of the Ivy League go too far. Asking uncomfortable questions, the director starts from the modern political and cultural context, trying to find out the norms of respectful behavior towards each other. "Dear White People" proved to be a mark and a timely satire on racial discrimination in the modern world.

If you have a bad mood, you should definitely watch this picture. It is very kind and even a fairy-tale comedy that motivates the viewer, and makes one believe in his or her own strength. The thoughtful plot, light music, and great jokes – that is the main feature of this picture, but the unbeatable game of Reese Witherspoon will not leave anyone indifferent: neither critics (Reese claimed the Golden Globe in the nomination for the best female role) nor ordinary viewers. The film was an applicant for the Golden Globe in the nomination "The best comedy," and this fact speaks volume.

The “Legally Blonde” is not just a comedy, but also a film that also touches the topic of stereotyping people's thinking, because no one believes that a glamorous blonde girl in a pink dress can become a good lawyer. The movie is mandatory for viewing for everyone who wants to overcome depression, to believe in his or her own strength, and just to have a lot of fun.

Watching these films will be a great opportunity to relax for you. They will help you forget about everyday routine and study as well as will give a lot of positive emotions.