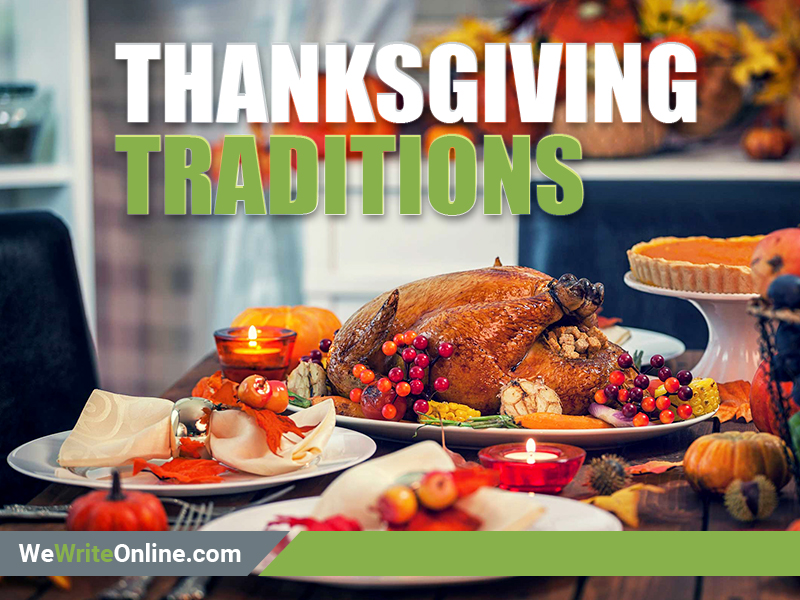 A lot of cultures around the world have holidays which celebrate the rich harvest. History of Thanksgiving holiday in the United States began almost 400 years ago in the days of colonial America.

In 1620, a boat with about a hundred pilgrims crossed the Atlantic Ocean in 1620 and settled on the territory which is now known as the state of Massachusetts. The first winter of these frontiersmen was difficult because they weren’t able to grow enough crops and half of them died because of diseases. Next year Iroquois Indians were kind to them and taught them how to grow corn and other crops in unfamiliar soils, which helped frontiersmen greatly.

During the autumn of 1621, crops of pumpkins and corn were harvested and colonists were very grateful for the help of Indians. They have invited 90 Indians and Indian chief to celebrate the plentiful harvest. This was the first American Thanksgiving in history and Indians even brought popcorn.

Later on, colonists celebrated Thanksgiving Day in Autumn and after the proclamation of independence of the United States George Washington proposed 26th of November to celebrate it.

In 1863, in the end of the devastating civil war, Abraham Lincoln asked Americans to celebrate Thanksgiving Day on the last Thursday of November and it is celebrated on this day until today.

In the modern times, the President proclaims every year what will be the official date of Thanksgiving’s celebration.

It is interesting that most probably without the help of Indians first colonists of Massachusetts wouldn’t survive. However, until the end of the 20th century, a lot of schoolchildren thought that colonists cooked the whole feast for Thanksgiving and offered it to Native Americans. Needless to say, the history was completely different. In order to celebrate historical accuracy and pay proper respect to Native American people in 1988 at the Cathedral of St. John the Divine a special Thanksgiving ceremony with more than 4000 people was conducted. Among these people, there were a lot of Native Americans who represented different tribes from all over the country as well as people who were descendants of the first colonists who migrated to the New World almost 400 years ago.

The ceremony acknowledged the role of Indians in the first Thanksgiving which happened long ago. Thankfully to them, first settlers survived, because Indians taught them how to grow crops and cook new kinds of food. This is what we’re celebrating each year.